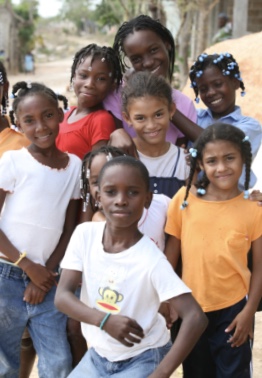 Esperanza — the Spanish word for hope — is the name mission workers have given to their project in the Dominican Republic, which was initiated by Dr. William DiCuccio and his wife, Marge, of Adams Township.

It was on DiCuccio’s invitation that I first joined the team and met the people of Villa Hermosa in 2010. So moved by the work, the people and the love that’s shared, I returned this month. On this trip, I witnessed the fruits of those earlier visits.

I taught in the very classroom I’d helped build from cinder block and cement. As the class of sixth-graders painted plastic sun catchers, I touched a wall I recalled building — now painted aqua and adorned with short Spanish sayings handwritten on construction paper. In another instance, inside a medical clinic, I peered into an examination room and watched a man reading an ophthalmologist’s eye chart. I’d helped build the medical center’s generator room.

But more important were the changes to the people themselves. They’ve come to know some of the team members by name and vie to hold their hand or stroke their hair. Both team members and Dominicans openly share their faith — often singing it as loud as they can muster. And bright-eyed children are just as eager to sit in your lap as they are to learn mathematics.

“They’re starting to talk about their future,” DiCuccio said to me after my visit. “Where before they only thought about how to make it through the day, now they look forward to tomorrow.”

Kim Paskorz covers the courthouse for the Butler Eagle and has worked for the newspaper for 12 years.